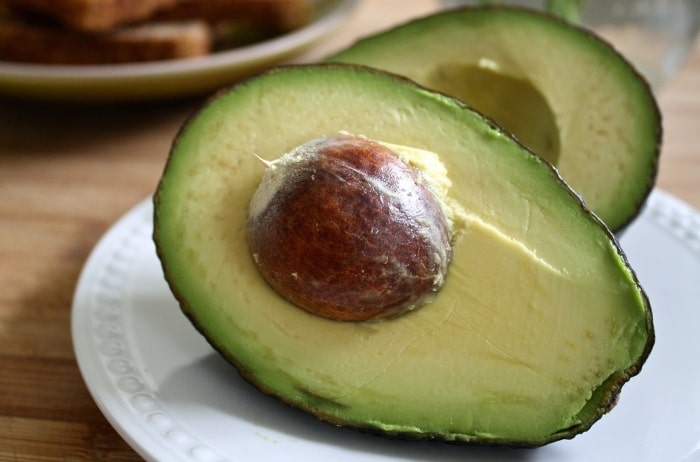 This article covers the keto diet, including potential health benefits and risks, and considerations for who this diet might be good or bad for.

Are you interested in the keto diet? Wondering if it’s for you?

This super trendy diet has been touted by celebrities and across social media as the go-to diet for weight loss.

But does this diet actually work? And is it safe?

Read on to find out the benefits and risks of the keto diet, and whether you should give this diet a try.

What is the Keto Diet?

The keto (ketogenic) diet is essentially a low-carb, high-fat diet.

~30% of calories from protein

~10% of calories from carbohydrates

How Does the Keto Diet Work?

The high-fat, low-carb keto diet is meant to put your body in a state of what is called nutritional ketosis.

Nutritional ketosis (or just ketosis) is a state where your body is burning fat instead of carbohydrates for fuel.

Usually, your body uses the glucose from carbohydrates as its main source of energy.

With the keto diet, since you are drastically reducing your carb intake, you limit your glucose availability, deplete your glucose stores, and induce the process of ketogenesis.

Ketogenesis is where your liver breaks down fat stores into molecules called ketones, also known as ketone bodies, which are released into the bloodstream to be used as the primary source of energy.

To get into ketosis, carbohydrate intake needs to be limited to under 20-50g a day. For reference, one banana is about 25g of carbs.

It usually takes a couple of days for your body to burn through its glucose stores and switch to breaking down fat instead.

What is the Keto Diet Good For?

The original purpose of the keto diet was actually as a treatment for epilepsy in children.

Epilepsy is a condition that causes seizures.

Studies have shown that the keto diet is effective at reducing or preventing seizures in children whose seizures don’t respond to medications. Over half the children who follow the keto diet experience at least a 50% reduction in the number of seizures, and about 10-15% of children become seizure-free. (1).

It is not entirely clear how this diet reduces seizures, but it is thought that chemicals produced by ketosis, including ketones and beta hydroxybutyrate, may help minimize the brain activities that cause seizures.

There is some evidence that suggests the keto diet may also be a potential treatment for Alzheimer’s disease (2), as well as other neurological disorders (3).

The keto diet has gained its popularity primarily due to the rapid weight loss that occurs in the initial stages of the diet. It definitely works in the short-term:

During the initial drastic drop in weight, you lose what is known as water weight. Your body is losing water because when glucose is stored in the body, it is stored in the form of glycogen molecules, which are mostly composed of water. So, at the beginning of dieting, when your body is using up and depleting all of its glycogen stores, all the stored water is lost as well, causing a drop in body weight.

This water weight drop is temporary (and reversible) and will balance out after the first week or two. Further weight loss is slower, but is fat loss thanks to ketosis.

Normally, if you are over-consuming carbohydrates, excess carbohydrates are diverted to the liver where some of it is converted into fat. But with very low carbohydrate consumption, the formation of fat is reduced and the breakdown of fat is encouraged.

The keto diet is also thought to be successful for weight loss (in the short- to medium-term at least) due to a reduction in appetite and calorie intake (4, 5).

Fat- and protein-rich foods make you feel full longer than carb-rich foods. It is also very easy to over-consume high-carb and high-calorie foods. If you are eating mostly fat instead, you will be more satiated which can help curb carb cravings and reduce calorie intake.

The keto diet can also affect levels of hunger hormones, such as ghrelin and leptin, which may also help suppress appetite and reduce calorie intake (5).

Overall, there is strong evidence that a keto diet is an effective method for weight loss, and results in greater weight loss than typical calorie-restrictive, low-fat diets (6).

However, the long-term effectiveness of the keto diet for weight loss is not yet clear.

As with any diet, the challenge is maintaining the weight loss in the long-term.

The keto diet can be difficult to maintain because of the limited food options, and extremely restricted carb intake (carb cravings and withdrawal are real!).

All in all, ketosis can result in weight loss and a decrease in body fat, however, long-term success is uncertain.

The keto diet may be very beneficial for people with type 2 diabetes , insulin resistance, and metabolic syndrome.

These health conditions all stem from the problem of high carb intake and consequent insulin resistance.

Basically, when your carb/sugar consumption is too high, your body reaches a point where it can’t keep up. Specifically, the hormone insulin becomes desensitized and doesn’t work as efficiently in the body. This can lead to a variety of health issues.

Several long-term studies have shown that the carbohydrate-restrictive keto diet can result in significant improvements for overweight/obese individuals with type 2 diabetes (7, 8).

Important note: Diabetics should speak to their doctor about adjusting any diabetes medications if going on the keto diet. Low-carb diets can substantially lower blood sugar levels, which can be dangerous if medications are not appropriately adjusted.

Other benefits of the keto diet:

What is the Keto Diet Not Good For?

With such a high fat intake, the keto diet may lead to liver problems if too much strain is put on the liver from having too much fat to metabolize. Extreme amounts of high-fat foods may lead to, or make worse, non-alcoholic fatty liver disease.

Also, the keto diet typically leads to a higher protein intake, which puts added stress on the kidneys. If protein intake is too high and the kidneys have too much protein to metabolize, this can lead to kidney problems, including kidney stones.

Studies suggest that pregnant women should not go on the keto diet as it may affect the growth of the fetus (9).

People with digestive issues should not go on the keto diet because your digestive health needs fiber which comes primarily from high-carb foods such as whole grains, fruits, and starchy veggies. Fiber is often under-consumed on the keto diet.

Other risks of the keto diet:

These are common side effects of carb withdrawal – without access to the quick energy that comes from carbs, you feel sluggish and experience fatigue and brain fog.

Also, carbs are a good source of fiber, so missing out on that fiber can cause digestive issues including diarrhea and constipation.

These unpleasant symptoms of carb withdrawal and keto flu can last for a day or two, or a week or two, since starting the diet. The severity of symptoms differs between people.

The keto diet is a high-fat, low-carb diet that puts the body into a state of ketosis where fat is burned for energy. The keto diet is known to be beneficial for epilepsy treatment. It also may work for short-term rapid weight loss, and diabetes management. There are also risks associated with the keto diet including kidney and liver strain, nutrient deficiency, and keto flu. Long-term effects of the keto diet are not well studied.

If you liked this post on the keto diet benefits and risks, or have any questions, let me know in the comments below!

What is The Placebo Effect? (And How to Take Advantage of It)