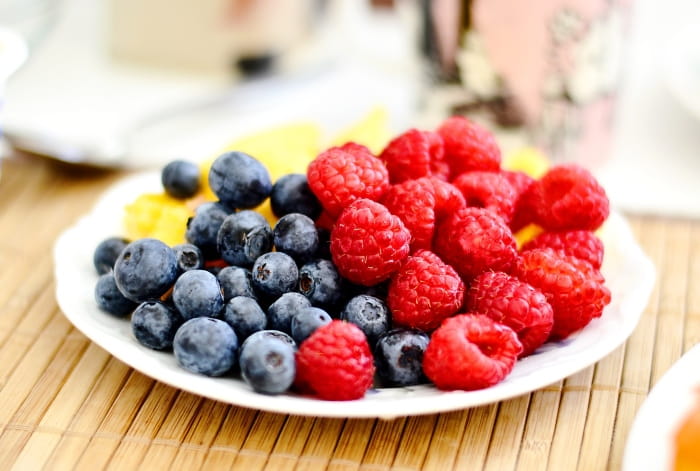 Polyphenols are a group of naturally-occurring, bioactive compounds, with great potential to benefit your health. They are obtained through diet, through a variety of commonly consumed foods.

This article covers what polyphenols are, what they do, benefits, risks, and the best sources of polyphenols.

Polyphenols are biologically active micronutrients (aka phytochemicals or phytonutrients) found in most plants.

In the plant, their purpose is to carry out functions like UV protection, pathogen defense, and protection from predators. They also give brightly coloured plants (like fruits and veggies) their pigmentation.

When we humans eat plant foods, we acquire the polyphenols which can have many different effects on the human body. (more detail on health effects coming up).

We get polyphenols through many commonly consumed foods such as fruits, vegetables, grains, coffee, tea, and spices.

There are many types of flavonoids, with the major subclasses being flavones, flavonols, flavanols, flavanones, isoflavones, and anthocyanins.

Here are some of the ways that polyphenols can benefit human health:

One major beneficial function of polyphenols is their antioxidant activity.

Your body produces something called free radicals as a result of normal cellular metabolism. Things like aging and stress can also contribute to free radical formation. Free radicals are highly reactive molecules which can be harmful to the body if not regulated.

Antioxidants are the molecules that neutralize these free radicals in the body, thereby reducing oxidative stress and damage.

Polyphenols act as powerful antioxidants and work to reduce oxidation and inflammation in the body. Most of the antioxidants we get from our diet, are polyphenols.

In addition to antioxidant activity, polyphenols also have anti-inflammatory properties and can help reduce the chronic, systemic inflammation that is associated with many chronic diseases.

By reducing cellular and genetic damage (caused by oxidative and inflammatory stress), polyphenols have the potential to reduce the risk of chronic diseases such as cancer and neurodegenerative diseases, as well as the deterioration that occurs with aging.

Some studies suggest that the antioxidant and anti-inflammatory properties of polyphenols may help reduce risk of cancer (1).

Clinical trials are limited, but majority of laboratory studies have shown that polyphenols display anti-cancer properties such as disrupting the production of cancer cells, blocking tumor growth, and inducing cancer cell death (1).

More studies, especially human clinical trials, are needed to assess the effects of dietary polyphenol consumption on cancer risk, and the exact mechanisms of their anti-cancer properties.

Similarly, some polyphenols may have neuroprotective effects against neurodegenerative diseases like Alzheimer’s and Parkinson’s, but clinical study is limited (2).

An observational study of over 7000 participants found that greater intake of polyphenols, especially flavanols, lignans, and hydroxybenzoic acids, was associated with decreased risk of cardiovascular disease (10).

Similarly, a large prospective study of over 90,000 participants found that flavonoid consumption was associated with a lower risk of death from cardiovascular disease (11).

However, it is important to note that clinical trials are still needed to confirm any cardioprotective effects of polyphenols and establish appropriate dietary recommendations.

Human clinical trials are limited, but some studies have shown that consumption of polyphenol-rich foods have anti-diabetic effects in individuals with, or at risk of, type 2 diabetes.

One randomized controlled trial reported that a polyphenol-rich diet reduced blood glucose response, increased early insulin secretion, and improved insulin sensitivity in individuals at high cardiometabolic risk (these individuals had a high waist circumference and at least one other symptom of metabolic syndrome) (13).

In terms of specific polyphenols, studies have found that some individual polyphenols such as resveratrol and anthocyanins may improve blood sugar management (aka glycemic control) and insulin secretion/sensitivity in individuals with insulin resistance (14).

Overall, polyphenol consumption is likely beneficial to individuals at risk of insulin resistance and diabetes, and may have implications for diabetes and blood sugar management.

Several studies have shown that polyphenols have the ability to alter the gut microbiome, positively affect beneficial gut bacteria, and hence benefit your overall gut health.

Some polyphenols, especially the polyphenols found in green and black tea (such as EGCG and other catechins), can inhibit the growth of many potentially harmful bacteria and viruses, such as H.pylori, S. aureus, E. coli, Salmonella, Listeria, Hep C virus, influenza virus, HIV, Epstein-Barr virus, and Candida fungi (15). Similar inhibition of H. pylori was also demonstrated by citrus polyphenols (16).

A healthy, balanced gut microbiome plays a major role in maintaining a healthy immune system, as well as almost all other systems and functions of the body.

Polyphenol-rich foods include a variety of commonly consumed foods that are generally considered healthy.

In fact, it is thought that most foods that benefit your health are mostly beneficial because of the polyphenols they contain.

Think fruits, vegetables, and other whole foods – it is usually recommended to include these foods in your diet and they are generally safe to consume regularly.

However, polyphenol supplements can contain much larger amounts of polyphenols than those found in natural whole food sources.

For this reason, there may be risks or side-effects associated with taking polyphenol supplements. High doses of polyphenols may interact with hormones, nutrients and other bioactive molecules in the body.

Research suggests that high polyphenol consumption can interfere with (non-heme) iron absorption, interact with pharmaceutical agents, and may even have carcinogenic effects (19).

Further scientific research is still needed to determine what amounts of polyphenol consumption are optimal and safe.

The takeaway may be to stick with a healthy and balanced, whole-food diet. There are plenty of ways to get polyphenols through diet, without needing supplementation…

All amounts are in mg of polyphenols per 100g or 100mL, and come from this study.

Contain high amounts of flavonoids called anthocyanins, which give brightly coloured red/purple/blue plants their pigmentation. Berries with the highest amounts of polyphenols include:

Some other fruits high in polyphenols include:

Many vegetables are good sources of polyphenols. Some of the vegetables with the highest amounts include:

Most nuts contain polyphenols. Nuts with the highest amounts include:

Cocoa is made from cacao seeds which contain flavanols. Raw cocoa has the largest amount of flavanols. The flavanol content decreases as the cocoa or chocolate becomes more refined.

Both black and green tea contain plenty of polyphenols, especially the catechin epigallocatechin gallate (EGCG) which is the most abundant catechin in tea.

Just like grapes, red wine contains resveratrol. Rosé and white wine also have polyphenols, but not as much as red wine.

Many spices are some of the richest sources of polyphenols, especially:

In addition to soybeans, polyphenols can be found in other forms of soy such as:

Dietary polyphenols can be found in whole grains such as:

Polyphenols are bioactive micronutrients obtained though plant foods. They have various health benefits including promoting gut health and reducing harmful oxidation, inflammation, cellular damage, risk of heart disease, diabetes, cancer, and more. There may be some risks associated with polyphenol consumption, especially from supplements, such as interference of iron absorption. Polyphenols can be obtained through a range of healthy, dietary sources, such as fruits, vegetables, cocoa, coffee, tea, nuts, legumes, and more.

What is Oil Pulling? (And Does It Really Work?) 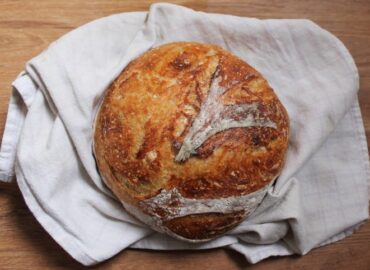 How to Boost Your Immune System Against COVID: 3 Key Vitamins and Minerals