If you are wondering what exactly oil pulling is, and whether or not you can use it to benefit your health, this article has got you covered.

What is Oil Pulling?

Oil pulling is the action of swishing oil around in your mouth for several minutes before spitting it out.

It is an ancient practice that comes from traditional Ayurvedic medicine.

It is used for dental hygiene and is thought to kill bacteria, draw out toxins, and clean and strengthen the mouth, teeth, and gums. When practiced regularly, oil pulling is thought to benefit your oral health as well as your overall health.

From cavity prevention, to chronic disease treatments, the claimed benefits are endless.

Let’s take a look at the scientific evidence to see if oil pulling can be beneficial for your health.

(Note that all the studies mentioned tend to have small sample sizes and short study durations. Further clinical study is still needed).

Evidence shows that oil pulling can reduce the bacteria in your mouth.

It is estimated that about 700 different species of bacteria live happily in your mouth. (I know, super gross).

Now, not all these bacteria are bad – a lot of them are actually beneficial and necessary for your oral health. But some of them can be harmful.

Streptococcus mutans and Lactobacilli bacteria are common bacteria species that cause plaque buildup and cavity formation.

Oil pulling with sesame oil is shown to have antibacterial activity against Streptococcus mutans, Lactobacillus acidophilus, and total bacteria count (1).

One study found that 40 days of sesame oil pulling resulted in a 20% reduction, on average, of the total number of bacteria in the mouth (1).

Several other studies found that oil pulling (with coconut or sesame oil) for 10 minutes every morning results in a significant reduction of Streptococcus mutans in saliva and plaque samples within 2 weeks (2, 3).

It is speculated that oil pulling effectively reduces bacteria growth and adhesion by physically trapping and removing bacteria from the body.

The reduction of plaque-inducing and cavity-forming bacteria in the mouth may help protect against cavities.

The ability to reduce plaque may also make oil pulling an effective treatment for plaque-induced gingivitis.

Gingivitis is a common form of gum disease characterized by inflammation of the gums. It typically occurs when harmful bacteria and plaque accumulate on the teeth and irritate the gums.

Oil pulling with sesame oil every morning for 10 days resulted in significantly reduced plaque and gingival scores in adolescents boys with plaque-induced gingivitis (4).

Similar results were found in a study looking at oil pulling with coconut oil; plaque and gingival scores were significantly decreased in adolescents with plaque-induced gingivitis, from day 7 onward (5).

Another study showed that coconut oil pulling is as effective at inhibiting plaque-growth as the standard treatment of chlorhexidine mouth-rinsing (6).

An added bonus is that oil pulling does not result in the teeth staining that chlorhexidine mouthwash tends to result in.

Based off these results, oil pulling may improve gum health and has the potential to help treat gingivitis.

Oil pulling is also shown to be effective against bad breath, also known as halitosis.

In fact, sesame oil pulling has been shown to be as effective a treatment for bad breath, as the standard chlorhexidine rinse treatment (7).

Oil pulling is thought to reduce bad breath by removing some of the bacteria that are responsible for producing odorous by-products.

Other than these 4 potential oral health benefits, other claimed benefits of oil pulling are yet to be supported by scientific studies.

Oil pulling is generally quite safe as it only uses edible oils that you are probably using and consuming anyway.

However, keep in mind that the scientific information and research on oil pulling is still limited, especially for long-term effects.

Also, oil pulling is not recommended as an alternative to normal dental hygiene practices such as brushing and flossing.

How to Oil Pull

It is often recommended that you oil pull first thing in the morning before eating or drinking anything (other than water).

You can use pretty much any edible oil for oil pulling. Popular options include sesame oil, coconut oil, olive oil, and sunflower oil.

When you are done, spit the oil out into a garbage can and thoroughly rinse your mouth with water, followed by brushing as usual. You want to avoid spitting into the sink because the buildup of oil can clog the plumbing.

Oil pulling involves swirling oil around your mouth as a cleansing mechanism. Some evidence suggests that oil pulling can be beneficial for your oral health, including reducing plaque, cavities, gingivitis, bad breath, and more. Oil pulling is generally safe and easy to do. However, the scientific research on oil pulling remains limited.

That’s it for this article on oil pulling! If you enjoyed it or have any questions, make sure to comment below! 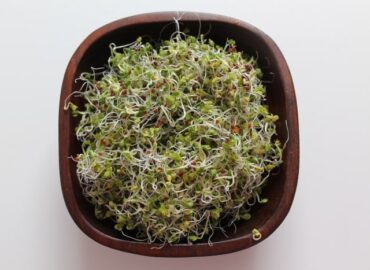 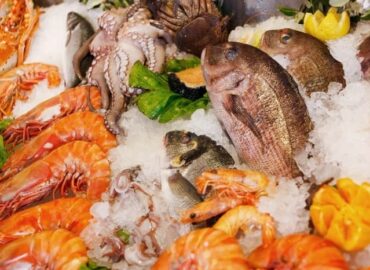